Bloody GIR is an easter egg that appears throughout Invader Zim.

The obscene drawing was inserted into single frames in a few episodes. Well-known and confirmed appearances are in "Bad, Bad Rubber Piggy" and "Mortos der Soulstealer", but it has been said to be scattered throughout the last fourteen episodes of the show.

Origins and Behind the Scenes

Bloody GIR was born when illustrator Chris Graham drew the character GIR covered in blood on a whim, the crew "[knowing] it would never properly get into the show". The drawing was "never, ever put up for approval, therefore Nickelodeon never said no".[1]

Graham, with the help of director Steve Ressel, snuck the drawing into a single frame (pictured; right) of the episode "Bad, Bad Rubber Piggy".[2] Post-production supervisor Jason Stiff has confirmed that the image does indeed appear in that episode, and Ressel also confirmed its existence in interviews.[2]

The frames were reportedly scattered throughout the "last fourteen [episodes]" of the series by Ressel and Graham.[2]

"The bloody GIR was the single frame drawing that Chris Graham drew and I was putting it into the show at random points hidden within things. It is very hard to make out... and I am not telling where or when those frames are (you have to be a master to see Bloody GIR, even with a frame-by-frame VCR). If anyone finds it... let me know.

He is in several places through the last 14 episodes. We tried to get him put into "Bad, Bad Rubber Piggy" when the last pig goes through the portal: that was the first one and I don't think it stayed..you have to check... if it is there it is faint."
—Steve Ressel[2]

According to Ressel, Nickelodeon never discovered a Bloody GIR before the episode aired.[2] He also hinted at another Bloody GIR location:

"Hint- look at a few of the opening sequences in the second season. Unless Nick switched them out, there should be at least one with a Bloody Gir."[2]

This Bloody GIR (pictured; left) was later found to be in the intro of "Mortos der Soulstealer".[2]

Despite rumors that this image was the reason behind the cancellation of the series, creator Jhonen Vasquez revealed at an InvaderCON panel that Nickelodeon did not find out about Bloody GIR until after the show ended. Vasquez also stated that when it was discovered, Nickelodeon wasn't particularly bothered by it.

Although the idea for Bloody GIR was confirmed by many not to have surfaced until the time of "Bad, Bad Rubber Piggy," some claim to find it in early episodes of the series, such as "Dark Harvest" and "Attack of the Saucer Morons". Some have also claimed that Bloody GIR was meant to debut in the episode "GIR Goes Crazy and Stuff", where GIR was supposed to be covered in blood while floating with the data canister draining humans. However, this is directly contradicted by numerous statements on the matter.

Certain images of Bloody GIR can only be seen in frame-by-frame viewing. Otherwise it will be a flash, or, in some cases, blend into the movement of the animation. He is never animated; Bloody GIR will always appear as a still image. However, the opacity and size of the Bloody GIR is varied.

According to Steve Ressel, Bloody GIR appeared several times in the last fourteen episodes of the series. However, it is unknown if the locations listed below are entirely correct; some may be compression artifacts or coloring errors.

Bloody GIR has debuted in "Bad, Bad Rubber Piggy" as well as the final fourteen episodes of the series (which includes its most definite appearance in "Mortos der Soulstealer"). However, some fans of the series claim to have spotted the easter egg in episodes outside of these designations. None of these appearances have been confirmed by anyone other than fans, and some may very well be fake.

Tips on how to find Bloody GIR

Look for the eyes. Everything else might be unclear, but the eyes are still somewhat glowing red. However, once you find the eyes, check to make sure some other part of the body is visible. If you only see the eyes, the Bloody GIR you have just found may just be a smudge of red from a mistake in the coloring. 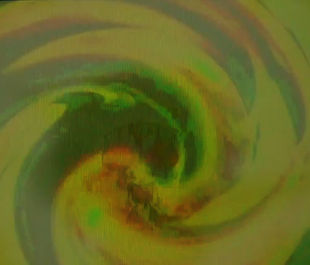 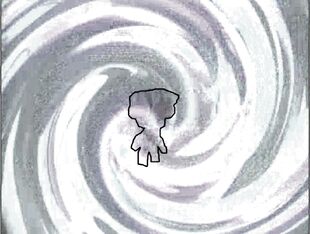 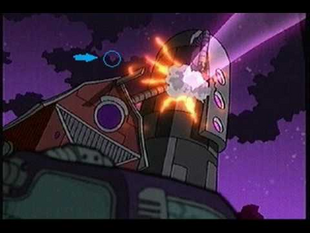 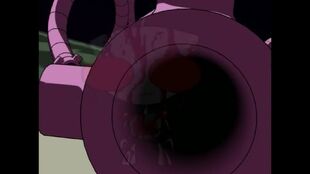 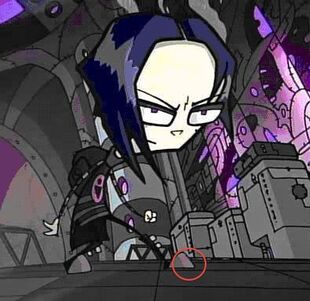 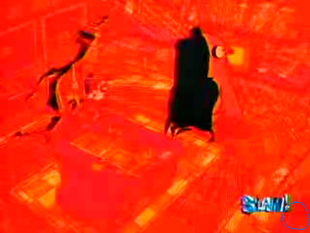 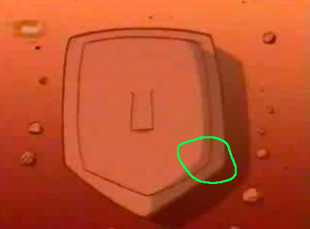 Possible Bloody GIR appearance in "Battle of the Planets". 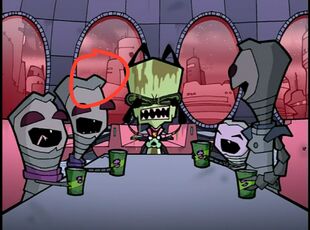 Possible Bloody GIR in "The Frycook What Came From All That Space".