Gaz refuses to look at Pustulio. That’s exactly how I would react.

Oh-no... Dib was forced to look at Pustulio! He’s hypnotized... 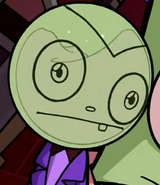 Pustulio is creepy. I just don’t see the hypnotic appeal... 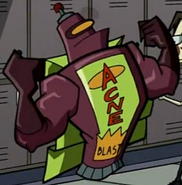 Obey Pustulio... What a creepy animation!

Well, this is sinister.

Gaz with what appears to be a different hairdo?

Pustulio. Still a better sidekick than that worthless Mini-Moose, I have to admit.
Add a photo to this gallery

Retrieved from "https://zim.fandom.com/wiki/Rise_of_the_Zitboy/Screenshots?oldid=88329"
Community content is available under CC-BY-SA unless otherwise noted.