The Trial was an unfinished episode of Invader Zim that would have been part of Season 2.

The episode focuses on Zim's Existence Evaluation. An Existence Evaluation takes place when the Control Brains determine whether or not Zim deserves to either be remembered in Irken History, or to be erased and deactivated, deemed a "Defective", and continuing his life like he never existed. The Tallest bumped the date up a couple of decades to try to get rid of Zim. Meanwhile, GIR temporarily takes over Earth.

This episode was to shed light on Zim's past (and a small bit of the Tallests', too). Throughout it, all the destruction Zim caused prior to Operation Impending Doom I is revealed, including plunging Irk into darkness twice, killing two leaders (Almighty Tallest Miyuki and Almighty Tallest Spork), and destroying a substantial amount of Irk's surface.

In the end, all the bad data from Zim's PAK would have caused the Control Brains to declare Zim the "Most Incredible Irken Ever" and let him drive the Massive for ten minutes, much to the Tallests' dismay.

While no voice tracks were recorded at the studio, the voice actors did voice the script at InvaderCON II which can be heard here. The script and concept art also exist. 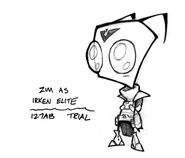 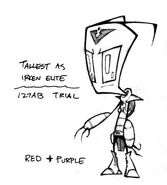 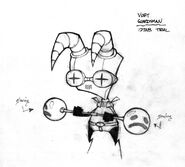 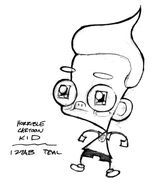 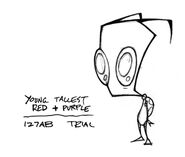 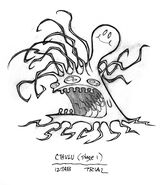